Posted on February 10, 2013 by stevepiscitelli

Back on August 22, 2010, I posed the following questions on this blog: 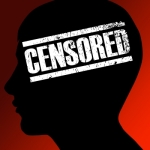 Those questions came to mind during the past few weeks as a controversy brewed (was created?) in Jacksonville, Florida.  According to news reports, a supervisor in the Duval County Public Schools (Jacksonville, Florida) communication department referred to her own husband as a redneck.  The comment, made in the workplace, was alleged to have been made in jest. An African-American subordinate took exception and filed a discrimination complaint. The recently-appointed school superintendent reassigned the supervisor (who is white) saying, “Although the term ‘redneck’ may not be insensitive to some, it is to others. The term invokes historical perceptions of intolerance and therefore is inappropriate in the workplace and by the leader of a department, especially in communications.”

Click here for a television clip of the story from the nightly news.

The story grew legs bringing comments from many readers.  One said that “redneck” was a hateful word and “that person who used the word redneck, should have been fired. I am very proud of the person that filed the complaint. We should not accept their disrespectful attitude.” Another responded, “political correctness has reached new heights of ridiculousness.”

Perhaps it’s the word’s history. To some it conjures up hardworking country folks who toiled for hours in the sun only to get a sunburned red neck. To others, the term is synonymous with racism.

As I followed the story in the news, I have to admit that I grew perplexed by the rising storm.  I would have thought the person being called “redneck” might be the offended party.  That was not the case here.  Can anyone, I wondered, claim offense with any word at any time?

In articles and blogs, Jeff Foxworthy’s use of the word has been put forth as evidence (?) that there is a certain pride in the word by some.  Is this misplaced pride? Is it anyone’s place to judge–and demand the word be expurgated?

Video recommendation #2 for the week:

BTW: Foxworthy also had a show with the tagline of “Are you smarter than a 5th grader?”  Is that insensitive to fifth graders? Or adults who are not “book smart”?

In past semesters, I have explained to my history students the use of the word “cracker” in the context of antebellum America.  I provided the derivation(s) and use of the word.  Based on this latest brouhaha should I abandon that lesson? Has the list of offensive words expanded?

I brought the local story to class this past week to get my students’ reaction.  When I explained the circumstances almost to a person, they furrowed their foreheads as if to say, “Huh?” Both white and black students did not understand the fuss.

So, I will offer up the same questions I did more than two years ago. What do you think? Are there words we should NEVER say? And who makes that decision? Has the discussion changed?

Enjoy your week—and H.T.R.B. as needed!

Time is limited to register for my February 13 webinar, Retention and Persistence: Why Do Students Stay and Why Do They Leave Our Institutions?  Click here to register now.  Or go to my website for registration information.

Thank you for taking the time to read my blog post. Please share it (and any of the archived posts on this site) along to friends and colleagues. You also can follow me on Twitter, LinkedIn, and Facebook. If you get a chance, visit my Facebook page and join in–or start–a conversation (www.facebook.com/stevepiscitelli).  If you have suggestions for future posts, leave a comment. Make it a wonderful week!